Tricolored bats are very small, weighing about the same as a U.S. quarter, though its wingspan can reach up to 10 inches across. Their fur is a mix of black, brown, and light brown, giving them their name. The species used to be called Eastern pipistrelle, but a 2019 DNA test showed they in fact are not related to the Pipistrellus genus. The new genus, Perimyotis, indicates its similarities with the Myotis or mouse-eared bats.

The first known specimen was collected in Georgia by John Eatton Le Conte, a naturalist and a captain in the United States Army Corps of Topographical Engineers. Among other locations, he was stationed in the Savannah harbor and at Ossabaw Sound. Le Conte’s tricolored bat specimen was studied and categorized by zoologist Frédéric Cuvier in 1832.

Males are solitary, while females can sometimes be found living in small colonies. They may take up residence in a cave but they are also found in trees, overhanging water. Scientists have also recently discovered colonies living in tree lichen (like Spanish moss), presumably because the lichen has natural anti-fungal, anti-bacterial, and anti-insect properties. This is especially important as the tricolored bat is susceptible to the deadly white-nose syndrome, which has killed about 70% of the population since 2006.  Though numbers have stabilized, this bat remains on the Endangered Species List as “vulnerable and threatened.”

Like most bats, this species hunts in early evening and at night, using echolocation to find its prey. It eats mainly insects like mosquitoes, moths, cicadas, and ants. It loves to hunt in areas near water, especially. It’s a very efficient hunter and is able to consume a quarter of its own weight within a half an hour. 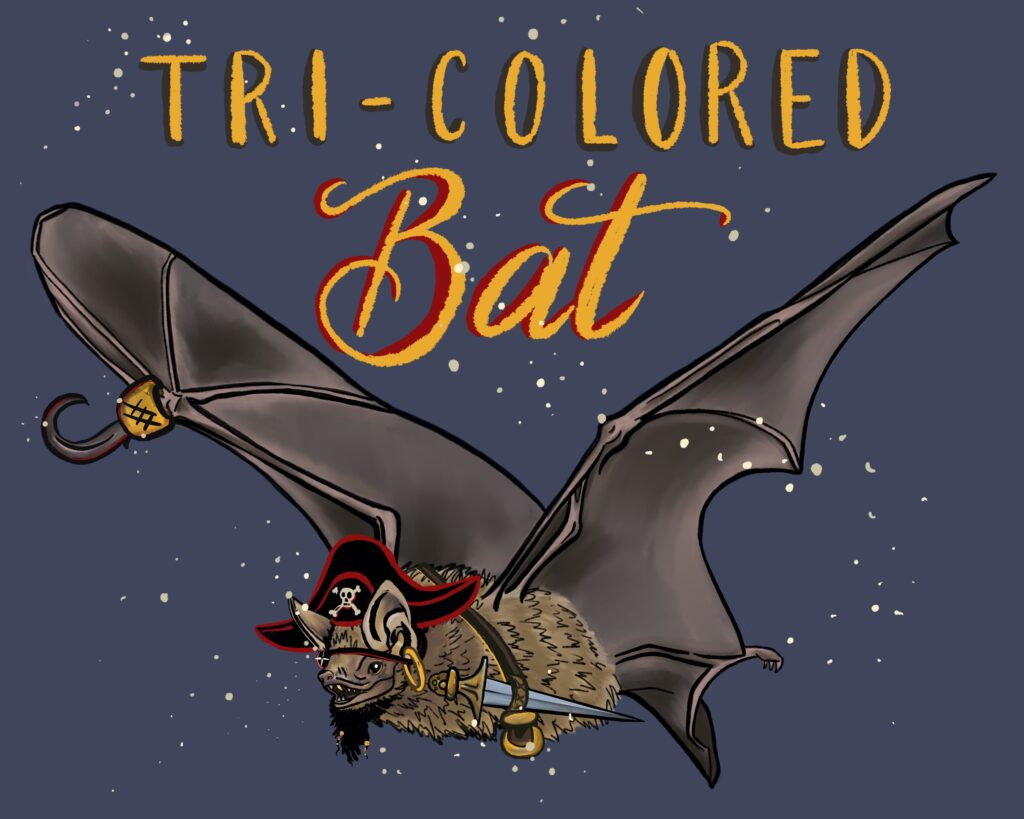