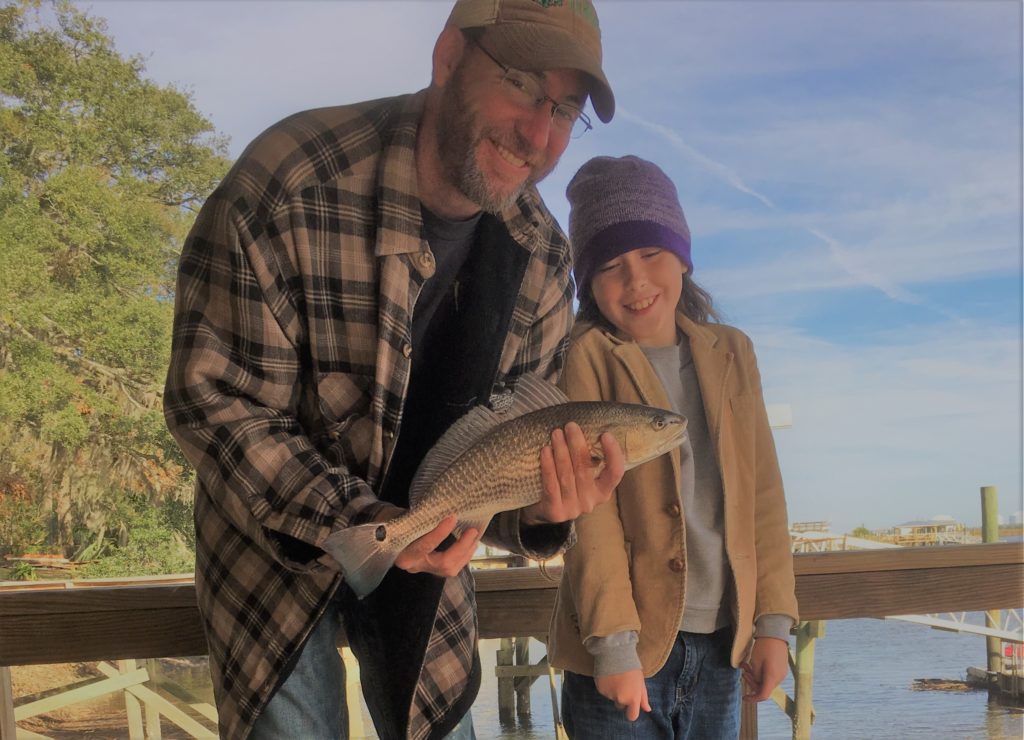 Damon grew up in rural south Georgia where he spent his free time outdoors fishing and exploring local rivers and streams. His time in the great outdoors led to an appreciation of the natural world and a passion for understanding how it works, a quest that led him to Georgia Southern University where he earned bachelor’s and master’s of science degrees in biology.

His research has focused on how physical and chemical changes in freshwater ecosystems affect their biological communities with projects, including studies on the connectivity between rivers and floodplains, the effects of beaver dams on freshwater invertebrate communities, secondary production of macroinvertebrates, nutrient monitoring, and water quality monitoring in rivers and streams. Before pursuing a career in science, Damon managed small businesses for over 13 years.

When time permits, the Mullis clan, which also includes his wife, daughter, and a rambunctious canine, enjoys boating, fishing, hiking, birding, camping, and just generally being outside. 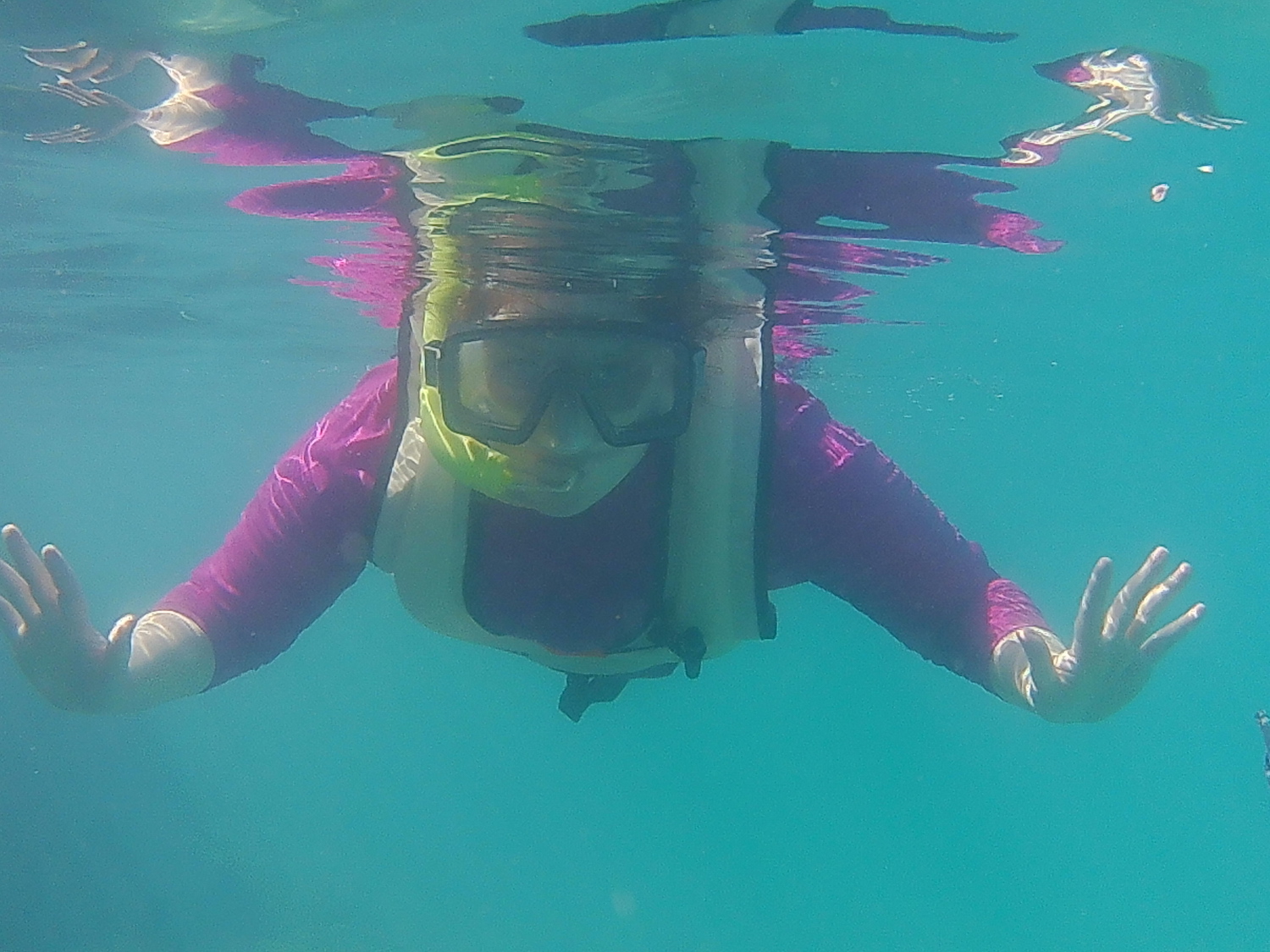 Meaghan was born in Illinois, then grew up along the east coast. Skiing in New England, hiking in Yellowstone, kayaking in Maine and exploring Viking settlements in Newfoundland were all part of a childhood filled with outdoor adventures.

After graduating from college in New Hampshire with a bachelor’s degree in English, she moved to a much less snowy Savannah. While managing a performing arts and historic site nonprofit, she earned a master’s degree in cinema studies. Her research included genre evolution, Southern architecture in film, Gothic structures, and iconography.

Meaghan enjoys reading, writing, and traveling. She has snorkeled at Dry Tortugas, the most remote location in the National Park System; explored the streets of Old Havana, Cuba; floated down the Snake River in the Grand Tetons; walked across a volcano caldera in Hawaii; and climbed to the underground city beneath Edinburgh, Scotland. 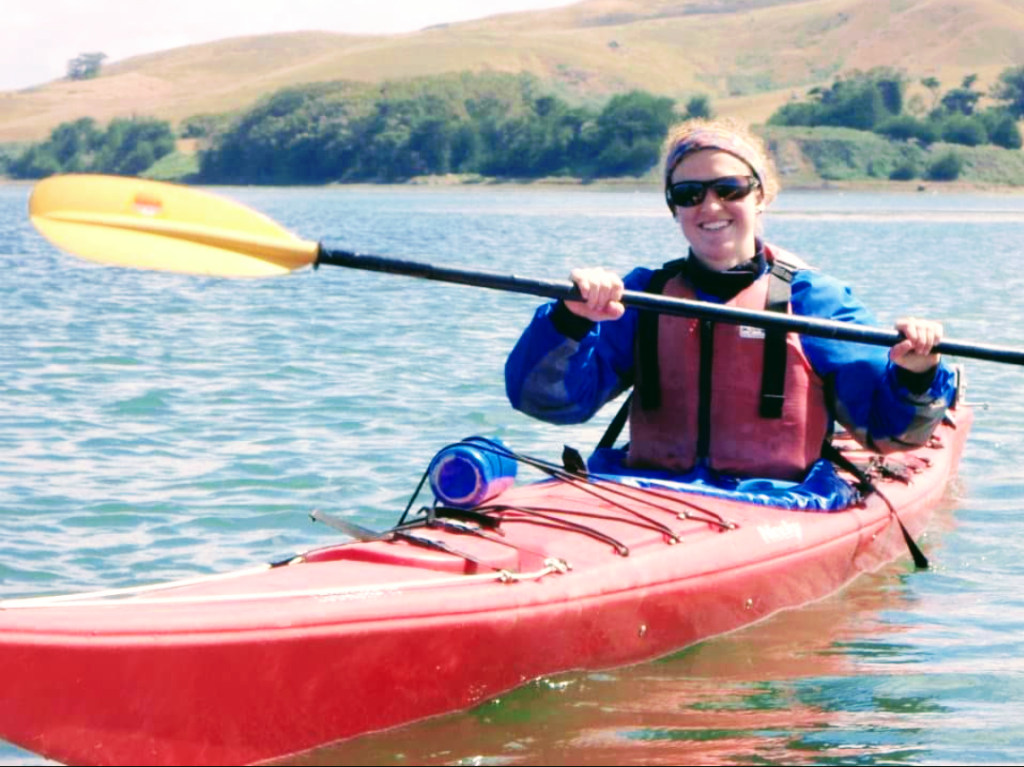 Mel was raised in Athens, Georgia, (still a local at heart!) with roots in the north Atlanta area as well. She spent much of her childhood doing outdoor activities such as gardening, small-scale farming, fishing, spending time in the North Georgia rivers and lakes, hiking and more–a pastime that has carried into her adult life and career.

She received her bachelor’s degree from UGA in anthropology/archaeology and went on to do field work in Belize. During this time, she was based out of the West Coast between the Redwoods of California to Orcas Island, Washington, where she did a mixture of work with local food movements, archaeology research and a YMCA summer camp. Her work with local food movements through the WWOOF program led her to travel internationally.

After several years of national and international travel, both personally and professionally, she found her way back to Georgia to work as an environmental educator at Rock Eagle 4-H Center. Eventually she moved to Statesboro, where she earned her master’s degree in social sciences with a focus in environmental anthropology. Her time in the Coastal Plain has been intertwined with environmental education, events management, sustainability, community outreach and local food movements.

Her other passions include music, art, teaching yoga (RYT 200, Yin 50) and spending time with friends & family. 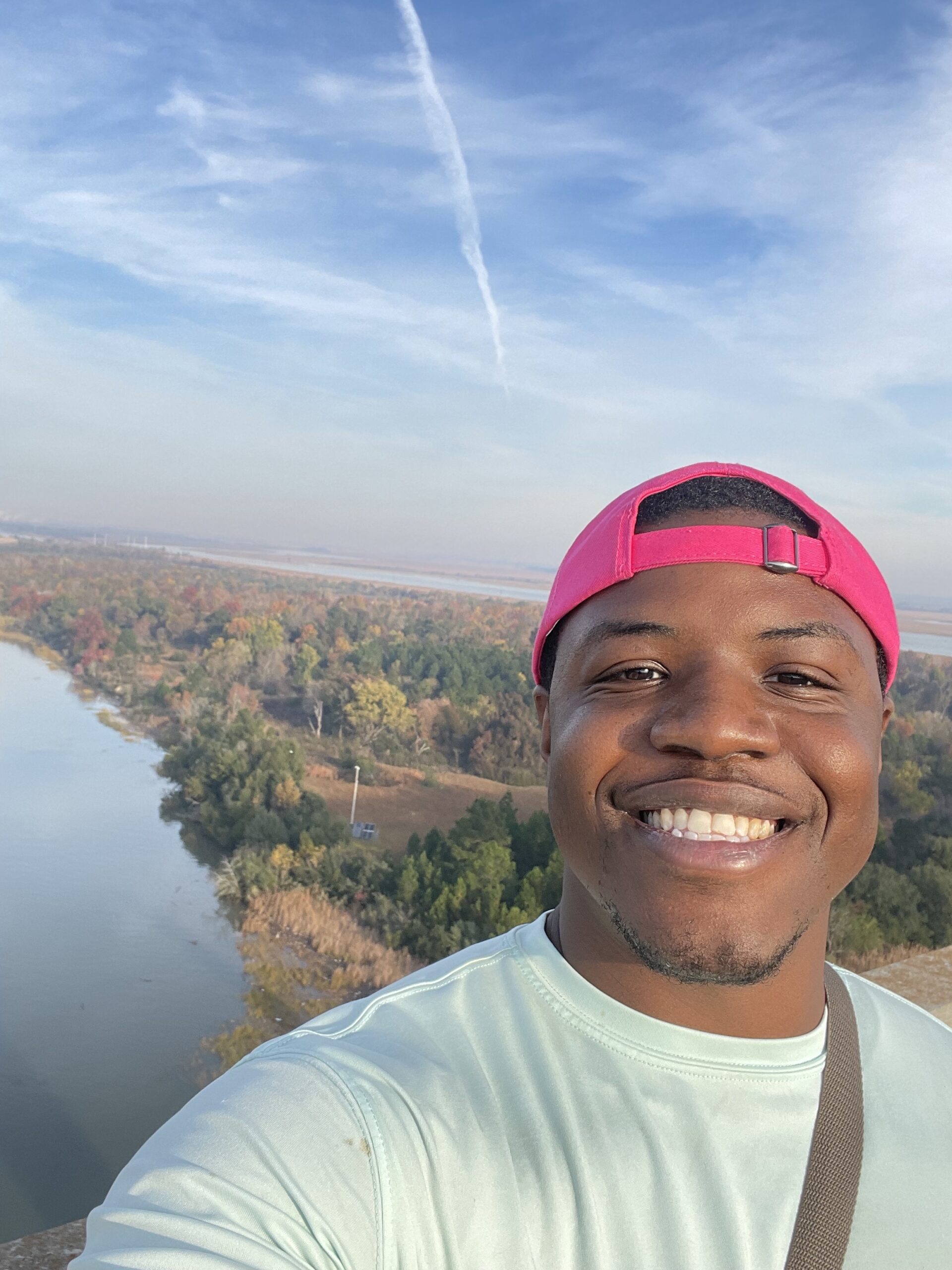 Kris is a native of Augusta, Georgia, who spent most of his youth fishing, kayaking, and camping whenever the opportunity presented itself. The time he spent outdoors fostered a natural curiosity that led him pursuing a career in science.

He earned a bachelor’s degree in biology with a concentration in marine science from Thomas More University in Kentucky. After graduation he accepted a position as a biologist for a pollution control agency in Ohio. He also spent some time in the Bering Sea as a fisheries observer in Dutch Harbor, Alaska.

After taking time away from school he returned to Georgia where he earned his master’s degree in marine sciences from Savannah State University. His research focused on the effect terrapin excluders have on the commercial and recreational blue crab fishery.

Kris and his wife enjoy boating, fishing, and enjoying all of the restaurants and breweries Savannah has to offer. 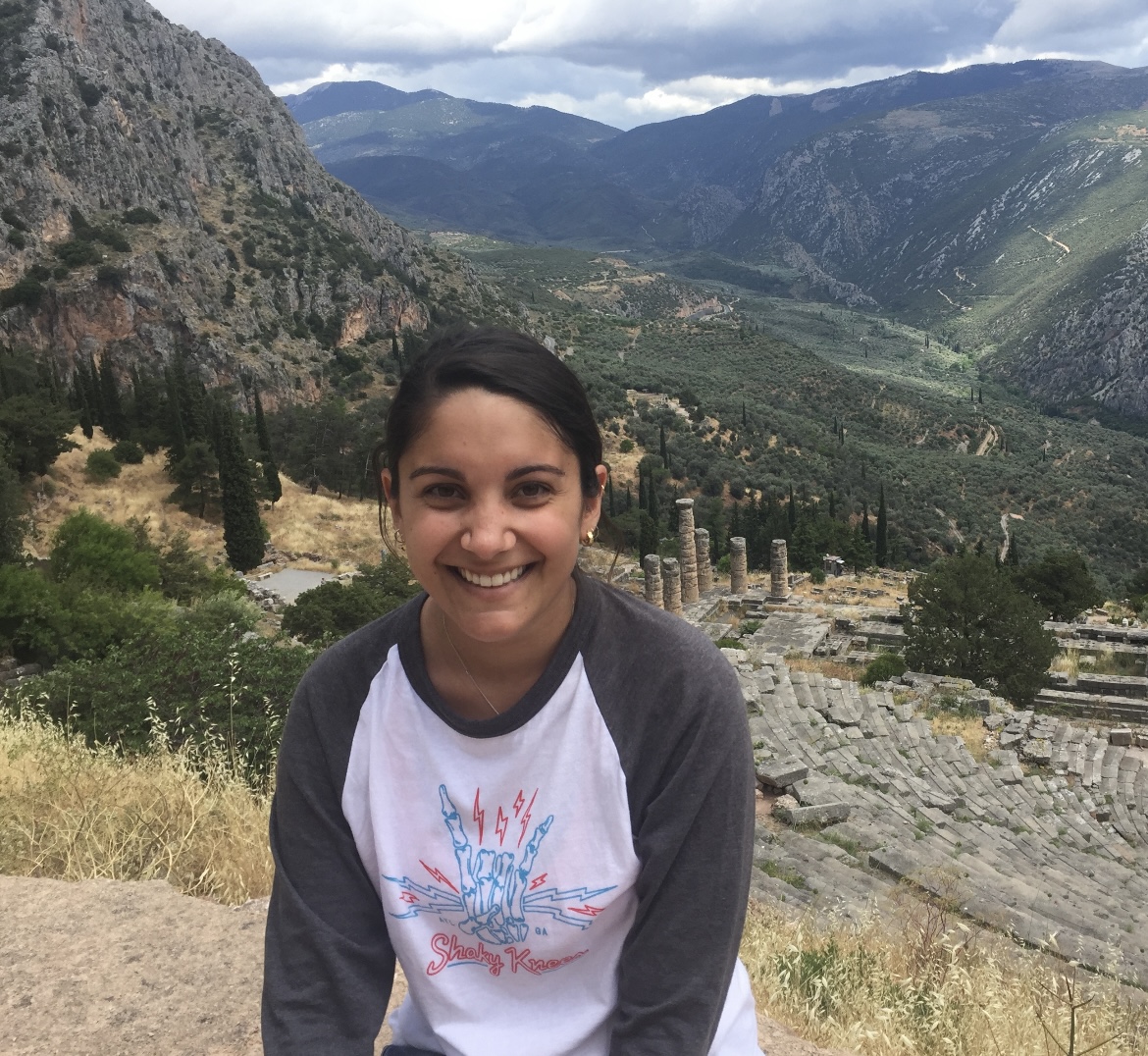 Carly is a South Florida native who was raised in Georgia, and was taught a love for the outdoors and exploring new places from her parents and grandparents.

She earned her bachelor’s degree in environmental science with minors in Spanish and geology from Georgia College. She then returned to school to earn a master’s degree in forest resources and conservation with a concentration in ecological restoration at the University of Florida.

Throughout this time, she gained experience in the environmental field working as a soil conservationist for NRCS in Americus, Georgia, a natural resources intern with National Park Service at Fort Pulaski in Savannah, Georgia, and an oyster conservation coordinator with the Brevard Zoo in Melbourne, Florida.

Carly loves traveling the world and visiting different places. Some of her favorite destinations are Costa Rica, Greece, Italy, and Croatia. At home, she enjoys skating, swimming, and gardening. 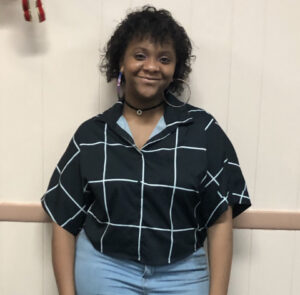 Gabrielle was born in the Bronx, New York, and moved to Georgia when she was just 6 years old. She has always been fascinated with the water.She worked in A Day in the Life of Hudson River in Nyack, New York, where she was able to help with their study of the Hudson River’s fish and invertebrates, track the river’s tides and currents, and examine water quality parameters. While with ORK she will be focused on the Protect the Vernon project.

She is presently a senior at Savannah State University working towards her bachelor’s of science in marine sciences degree. Currently, her research has led her to measuring the salinity changes in Doboy Sound due to freshwater input. She hopes to one day work in marine conservation and work on research projects for NOAA.

In her free time Gabby enjoys reading, swimming, and spending time with her family. 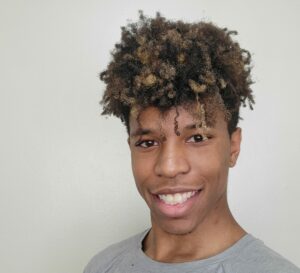 Garrett was raised in Ft. Lauderdale, Florida and later moved to Georgia. Having the Everglades, coastline, and various lakes close to home, he quickly gained an interest in the environment. He is currently a student at Savannah State University earning his bachelor’s degree in marine sciences. While with ORK, he will be focused on the Protect the Vernon project.

He wants to better understand this study in order to help produce critical changes for the preservation of the marine environment and the world at large while also hoping to share these experiences and inspire others. He plans to pursue a career in Oceanography. In his free time, he likes to listen to music, skateboard, read, improve his photography, and spend time with friends. 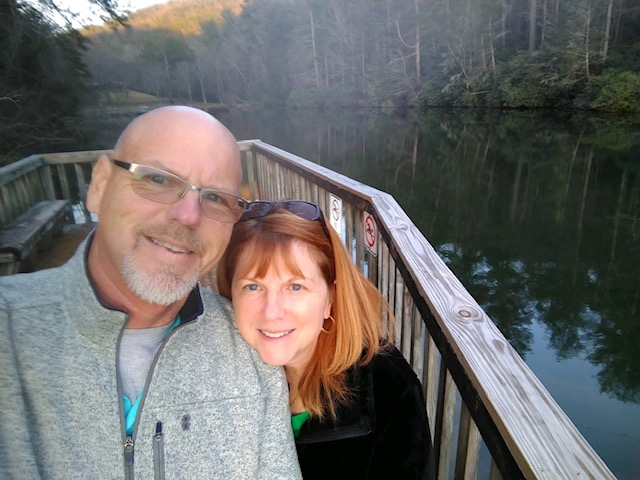 Michael and Kelly Brand enjoy the Ogeechee watershed by conducting water analysis in two locations, participating in ORK fundraisers and activities to improve the watershed such as clean ups, and paddling in the watershed with the RiverKeeper organization and on their own.  Michael and Kelly look forward to being more involved and meeting more ORK members. 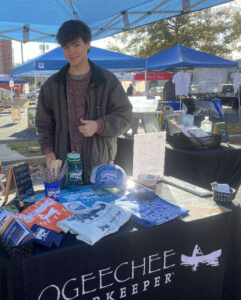 James is a rising senior at Bulloch Academy. He is passionate about the environment and assists ORK with the Georgia Adopt-a-stream program, community outreach events, and volunteer cleanups. In his free time, he enjoys spending time with friends and reading. 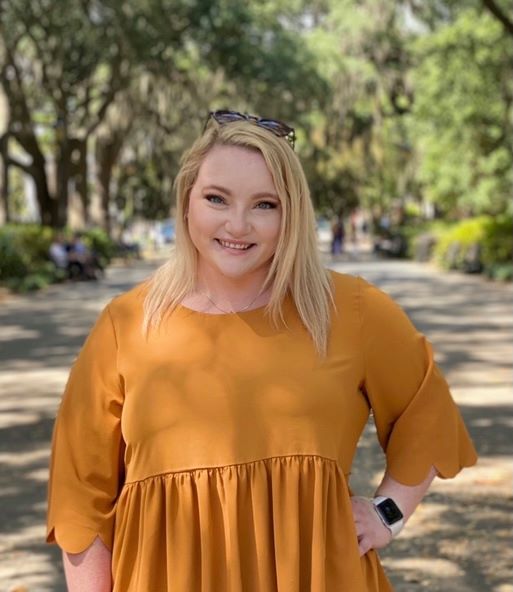 Victoria is a first-year doctoral student attending Georgia Southern University and is studying Community Health. She is an avid Adopt-A-Stream volunteer and assists with many outreach events and other ORK educational opportunities. In her free time she enjoys walking with her dog and spending time with friends. 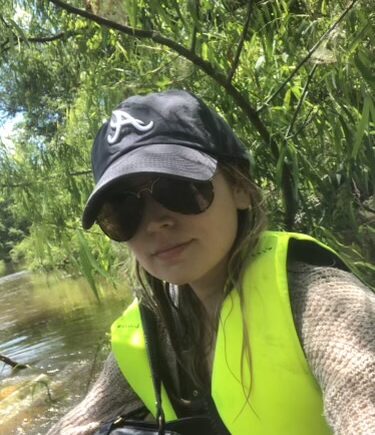 Lauren is a Statesboro native with a lifelong devotion to the Ogeechee River. Lauren’s passion for the river has nurtured a sense of respect that reaches into all areas of the environment. As a citizen scientist, Lauren assists ORK with the Georgia-Adopt-A-Stream program, litter cleanups, and outreach initiatives. When she isn’t on a sandbar at the river, Lauren enjoys writing and gardening.

Lind Hollingsworth
Painter and art teacher at the Studio School in Savannah, Ga.