Boykin’s lobelia forms networks of underground root colonies and is the only rhizome of the genus. It sprouts tall, slim stems that can grow to 3 feet tall. The blooms flower in a cluster at the top of each stem. The flower is a lovely violet-blue with a bit of white in the center.

The plant needs specific environmental conditions in order to thrive, which is why it remains rare. Boykin’s lobelia lives in cypress swamps, Carolina bays, wetlands, wet pine flatlands, and ditches. These locations can be found throughout the Ogeechee watershed. It also requires cross-pollination by insects in order to reproduce. This combination of requirements is increasing difficult find in its natural habitat.

The species appears to have been first described in the 1830s and was included in the herbarium compiled by Alphonse Louis Pierre Pyramus de Candolle. Letters between A.W. Chapman and Dr. John Torrey held at Columbia University and mention finding a new species of lobelia in northern Florida. 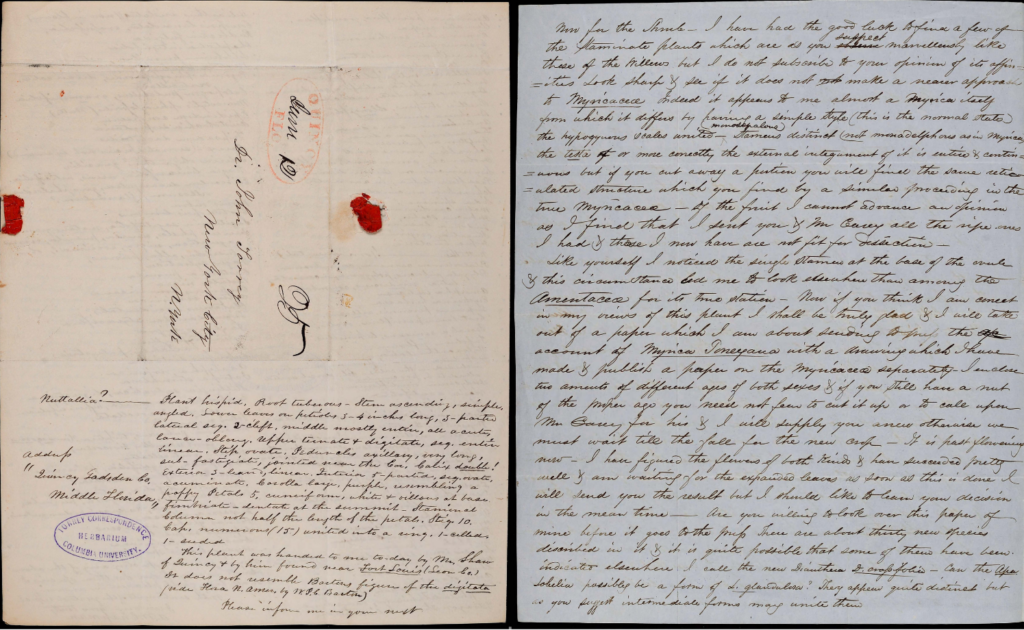 According to the GA Department of Natural Resources (DNR), “Thirty-five populations have been documented since 1902 but only 7 have been confirmed since 2000, most of these on conservation lands.” The DNR suggests pesticide-free buffers, prevent clearing and filling of wetlands, and protect the water table and natural hydrology to make sure the plant species can thrive and return to normal population numbers.