Ogeechee Riverkeeper (ORK) has reviewed the draft permit released by Georgia Environmental Protection Division (GA EPD) for Milliken Longleaf Pine Facility which discharges into the Ogeechee River. ORK issues the following as its official statement regarding the draft permit, at this time:

In 2011, approximately 75 miles of the Ogeechee River, downstream from this facility, experienced one of the worst fish kills in Georgia’s history.

Following that environmental disaster, Ogeechee Riverkeeper (ORK) held the facility accountable for its Clean Water Act (CWA) violations, resulting in one of the most stringent permits ever issued by GA EPD in order to protect the health and ecology of the river.

Now, nearly a decade later, GA EPD’s new proposed permit puts many of those protections and safeguards at serious risk.

The draft permit eliminates the testing of many parameters and constituents (including formaldehyde and flame retardant (THPC)), and reduces the required frequency of sampling for many others. This is in spite of the fact that the facility has been found in violation of their existing permit every quarter of the last 12 quarters. In light of this problematic history, ORK is requesting GA EPD tighten toxicity requirements in the final permit.

It is ORK’s position that no parameters or constituents should be removed from the permit and there should be no reduction in the frequency of sampling or testing requirements.

The facility’s unwillingness to invest adequate resources to operate within its permit limits is no excuse for loosening its permit requirements.

A surprising development was made during ORK’s routine monitoring and a subsequent investigation. ORK discovered that Milliken is discharging polyfluoroalkyl or perfluoroalkyl (PFAs) chemicals into the river. PFAs are chemicals that are known to have serious negative effects on human health and bioaccumulate in fish and other organisms that humans consume.

One of the provisions of the settlement between Milliken/KAF and ORK after the 2011 fish kill required Milliken/KAF to perform a complete fish tissue study if it was found to be discharging PFAs. This study was intended to determine the levels of chemicals bioaccumulating in the river.

On April 9, 2014, Milliken submitted documentation from a certified lab in accordance with that requirement stating that they were not discharging PFAs. GA EPD accepted the findings without independent verification.

ORK’s independent investigation indicated the facility was in fact discharging PFAs chemicals. ORK evaluated the document submitted to GA EPD by Milliken, only to find that the method and detection limits used were insufficient to determine the facility’s use of these chemicals – in other words, the study itself was inadequate and flawed. Its results are therefore questionable.

It is ORK’s position that a fish tissue study — which should have already been required based on the 2014 settlement — must be completed before a new permit is issued.

The public has a right to know the chemical levels in the fish that they consume from the river and the estuary it empties into. Additionally, the results of this study should be used by GA EPD to inform PFAs limitations and requirements in the new permit.

Milliken’s track record of multiple violations, inadequate evaluations, and inconsistent self-reporting illustrates how dangerous the facility is to the health of the Ogeechee River. ORK is asking GA EPD to issue a permit that prioritizes the safety and health of the river and its users, and not the desires of the polluter.

ORK encourages citizens that share the goals of protecting the watershed and improving the water quality of the river to help in this effort by attending a virtual public meeting on November 17 and submitting written comments by November 20.

Further details, including a copy of the draft permit, information about the 2011 fish kill, and a side-by-side permit comparison, are available at ogeecheeriverkeeper.org/milliken. 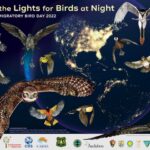 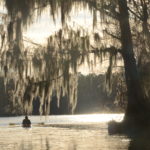 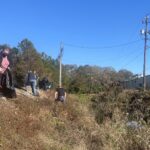 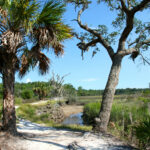