Ogeechee Riverkeeper (ORK) has chosen the best photographs from across the 5,500 square mile watershed submitted for the annual photography contest. Judges sorted through images that highlighted what makes the Ogeechee and Canoochee Rivers, and the surrounding areas, ecologically and aesthetically remarkable.

All winners and honorable mentions are available to view at ogeecheeriverkeeper.org or via the Flickr album. ORK has permission from the photographers to share their work. Contact ORK for files to reprint or share in publications. 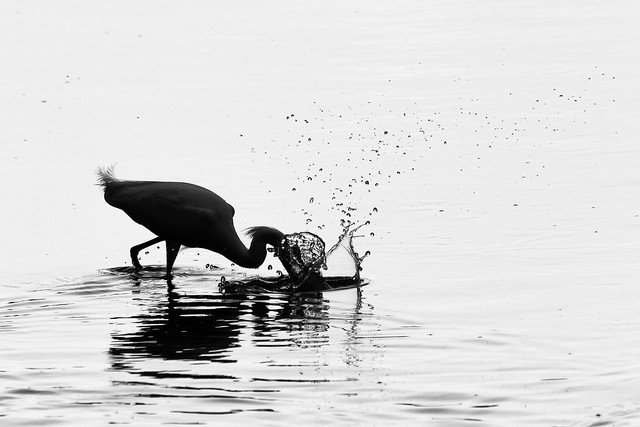 The 2023 ORK Research Fellow is Molly McKean, a graduate student at Georgia Southern University (Statesboro campus), pursuing a master’s degree in biology. She works in the lab of Dr. Checo Colón-Gaud. She worked as a research assistant under a National Science Foundation Research Experience for post-baccalaureate grant for a year prior to joining the master’s program in August 2022.

McKeon will conduct a year-long monitoring project focused on an upstream site at Rocky Ford, a site at the soon-to-be closed textile plant, and a site where Black Creek meets the Ogeechee River downstream of the new EV plant development. “Monitoring these sites particularly will help contrast and compare how the upstream site will compare with these two downstream sites and the health of the river,” McKeon says.

McKeon is a first-generation college student from the Metro Detroit area in Michigan. She started out her higher education journey slightly later in life. She first started attending community college courses, as well as working full time, in 2017. Her bachelor of science degree in biological science, with a minor in environmental science, was earned in August of 2021 from Wayne State University. While there, she worked with Dr. Donna Kashian in her aquatic ecology and ecotoxicology lab. 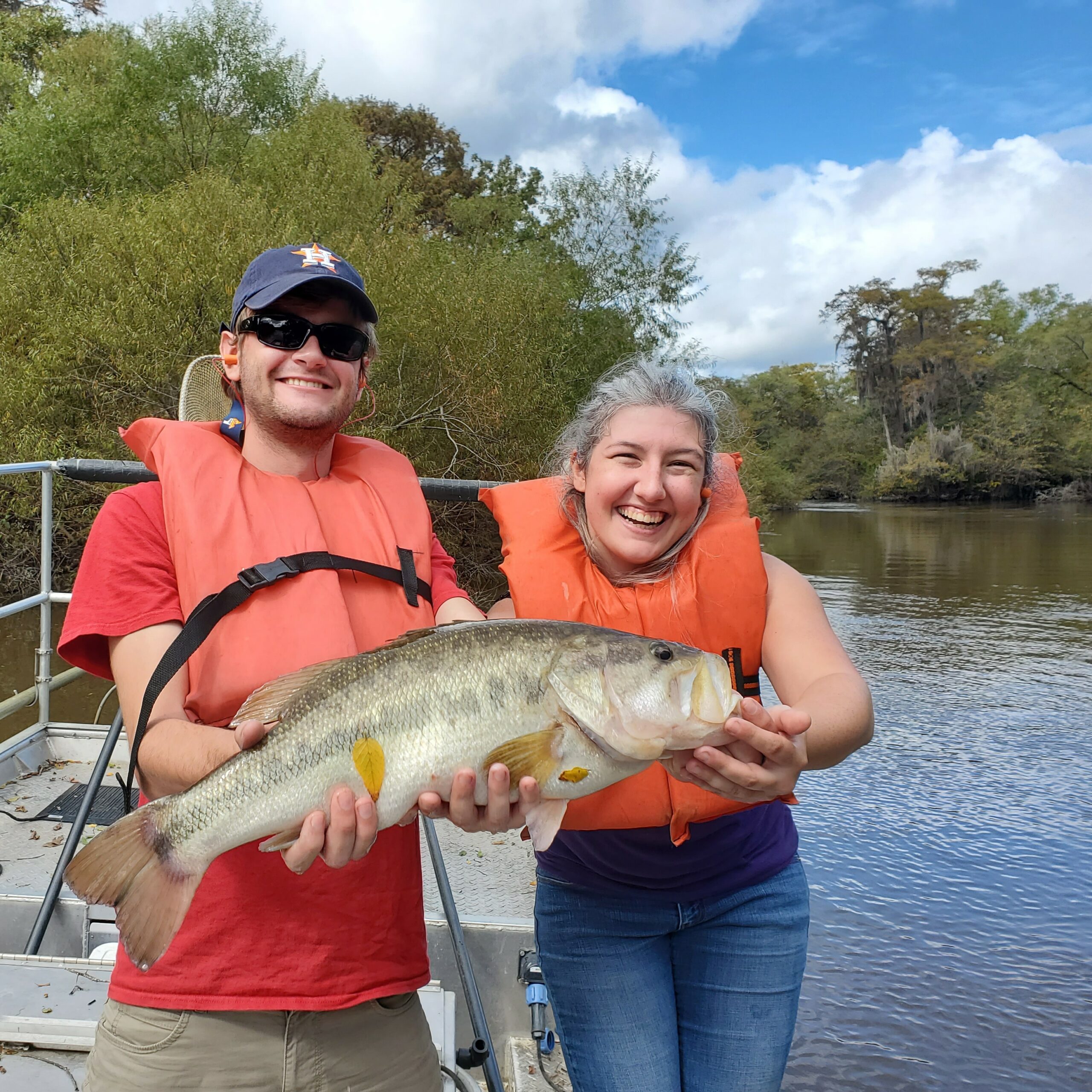 McKeon has participated in the National Science Foundation’s Instars and Emerge programs for underrepresented students and early career fellows in STEM fields. She has a passion for urban community aquatic ecology and taxonomy work.

Ogeechee Riverkeeper (ORK) created a year-long research fellowship in 2022. The fellowship is underwritten by investments secured from the 2011 fish kill settlement.

Ogeechee Riverkeeper (ORK) is soliciting the best photographs from across the 5,500 square mile watershed. Judges will be looking for images that highlight what makes the Ogeechee and Canoochee Rivers, and the surrounding areas, remarkable. This is the third year for the contest.

“From the Ogeechee Shoals to the expansive marshes, tall pines to knobby cypress swamps, our watershed is home to an incredible variety of ecological features,” said Meaghan Walsh Gerard, communications director for ORK. “We are also a habitat for more than 160 rare species of plants and animals. By displaying the amazing ecological wealth we have, we hope to inspire more people to protect it.”

Photographers can enter in multiple categories: Landscape, portrait, wildlife, plant life, underwater, aerial, black and white, and funny wildlife. Since this will be an annual event each December, ORK requests that any images submitted be taken within the same calendar year. ORK hopes to see entries from across the 21 counties encompassing the watershed.

Submissions are due by November 28, 2022. Winners receive a free membership to the organization and ORK merchandise. Winners will be announced early December 2022. Complete rules and submission guidelines at: ogeecheeriverkeeper.org/annual-photography-contest.

OGEECHEE RIVERKEEPER, CITY OF SAVANNAH HOST SECOND RAIN BARREL GIVEAWAY
Effort is part of a long-term project to improve the health of the Vernon watershed

Ogeechee Riverkeeper (ORK) and the City of Savannah are partnering to lead a long term project to protect the water quality and ecology of the Vernon River. As part of that effort, ORK and the City are holding their second rain barrel giveaway at Joseph Tribble Park on Wednesday, October 19, 2022. Area residents can pick up a free rain barrel from 5 – 7 p.m. The barrels collect rainwater for later use. They can also mitigate flash flooding by slowing water runoff from roofs. Barrels will be given away on a first-come, first-served basis.

In 2021, ORK the City of Savannah, and other stakeholders set out to restore the waterways in the Vernon River basin to the point that it can be delisted as an impaired waterbody by GA EPD; and to reduce the amount of litter and plastic pollution entering the waterways. The canals and tributaries that feed the Vernon River are highly impacted by urban development. The Windsor Forest area drains into the Little Ogeechee River and the Vernon River, which flow out to the ocean.

“All of Savannah’s stormwater infrastructure flows into a public waterway,” says Laura Walker, Water Resources Environmental Manager for the City of Savannah. “These waterways are lifelines to Savannah’s environmental and economic health. We work hard every day to try and keep them fishable and swimmable. But we need everyone to treat the storm system with care. We need everyone to protect the storm drains, ditches, and creeks and keep them clean.”

The Vernon River receives a significant amount of the stormwater leaving the City of Savannah, all part of the Ogeechee River watershed. The goal is to improve water quality, restore ecological habitat, and “Protect The Vernon” from current and future threats.

Litter booms were recently deployed in an effort to catch litter before it reaches the river or the ocean. The booms were installed in the Chippewa, Wilshire,  and Harmon Canals. These traps are cleaned out regularly and the litter is sorted, analyzed, cataloged and then recycled or disposed of responsibly. Since February, the litter booms have caught nearly 2,000 pounds of trash. The most common material is polystyrene, with an average of 292 pieces per cleanup.

The booms were designed and installed by Osprey Initiative, and were paid for by a grant from the National Fish and Wildlife Foundation (NFWF). ORK received the 5 Star grant from NFWF for its comprehensive plan involving multiple stakeholders in the area.

“We are so grateful for the broad group of stakeholders working with us to minimize the threats that urban runoff, and litter and plastic pollution pose to this special waterbody,” says Damon Mullis, riverkeeper and executive director. “Local residents are encouraged to volunteer for litter cleanups, citizen science programs, educational events, and more in the coming months.”

Sign up to volunteer, view data, watch an installation video, and view the successes to date: https://www.ogeecheeriverkeeper.org/vernon

APPLICATIONS FOR $25,000 FELLOWSHIP AT OGEECHEE RIVERKEEPER OPEN
The annual fellowship provides research opportunities in the watershed

Ogeechee Riverkeeper (ORK) is accepting applications for the annual research fellowship through October 15, 2022. The fellowship, which runs through the 2023 calendar year, is designed to support research activities for graduate students conducting work in the Ogeechee River Basin as part of their degree program. The $25,000 fellowship will be awarded to a single student.

“Research is important to our mission to protect the waterways in our basin,” said Damon Mullis, executive director and riverkeeper of ORK. “This fellowship will spur more interest in our basin and result in more academic research projects.”

In January 2022, ORK launched a new research fellowship to be filled each year. The 2022 fellowship focused on different native crayfish species, including Procambarus petersi, an endemic species commonly called the Ogeechee Crayfish. The fellowship is underwritten by investments secured from the 2011 fish kill settlement.

Students can find guidelines and application details at ogeecheeriverkeeper.org/fellowship.